EV's and trends with SPAC's 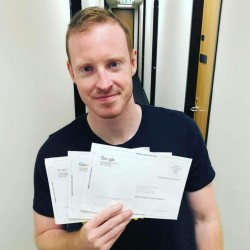 Is Lion Electric Stock a Buy After Its SPAC Merger?

Lion Electric stock was initially supposed to trade on exchanges after an IPO. Instead, the company has decided to go the SPAC route.

That means the stock will have some help getting to the public markets, and it will do so more quickly.

The company is currently valued at $1.9 billion and will trade on the NYSE. The Lion Electric stock ticker will show up on the NYSE as "LEV."

But is Lion Electric a buy?

SPACs have been on fire in 2020. Some have even called it the "year of the SPAC." And believe it or not, this latest SPAC merger with Lion could be one of the biggest buying opportunities yet…

Many #spacs in 2020 have involved emerging electric vehicle stocks wanting to cash in on the advent of EVs. Tesla's newfound profitability over several quarters seemed to push EVs into mainstream headlines.

This bodes well for EV investors, in stride with a 687% industry growth projection from McKinsey. The research firm said this industry could go from $3.3 million to $26 million in value by 2030.

The combined company, which will be listed on the New York Stock Exchange, will have a valuation of $1.9 billion. The companies raised $200 million in private investment in public equity, or PIPE, and hold about $320 million in cash proceeds.

The deal is the latest example of an electric automaker opting to go public via a SPAC merger in an aim to access the level of capital needed to become a high-volume vehicle manufacturer. Arrival, Canoo, Fisker, Lordstown Motors and Nikola Corp. have all announced SPAC mergers in 2020.

Lion is already producing all-electric medium and heavy-duty urban trucks and buses at a 2,500-vehicle-per-year manufacturing facility. Some 300 vehicles are on the road today and the company has plans to deliver 650 trucks and buses in 2021. It even landed a contract with Amazon to supply the e-commerce giant with 10 electric trucks for its “middle mile” operations.

Guide to working with the SBA (Small Business Administration) for your next acquisition.

Get new posts directly to your inbox
Press ESC to close.
You've successfully subscribed to Zigr Inc. Advisory, Private Equity & Investment Banking.
Great! Next, complete checkout to get full access to all premium content.
Welcome back! You've successfully signed in.
Success! Your account is fully activated, you now have access to all content.
Error! Stripe checkout failed.